Draw all people into the awesome presence of God.
Celebration Live
Our latest album is out now. 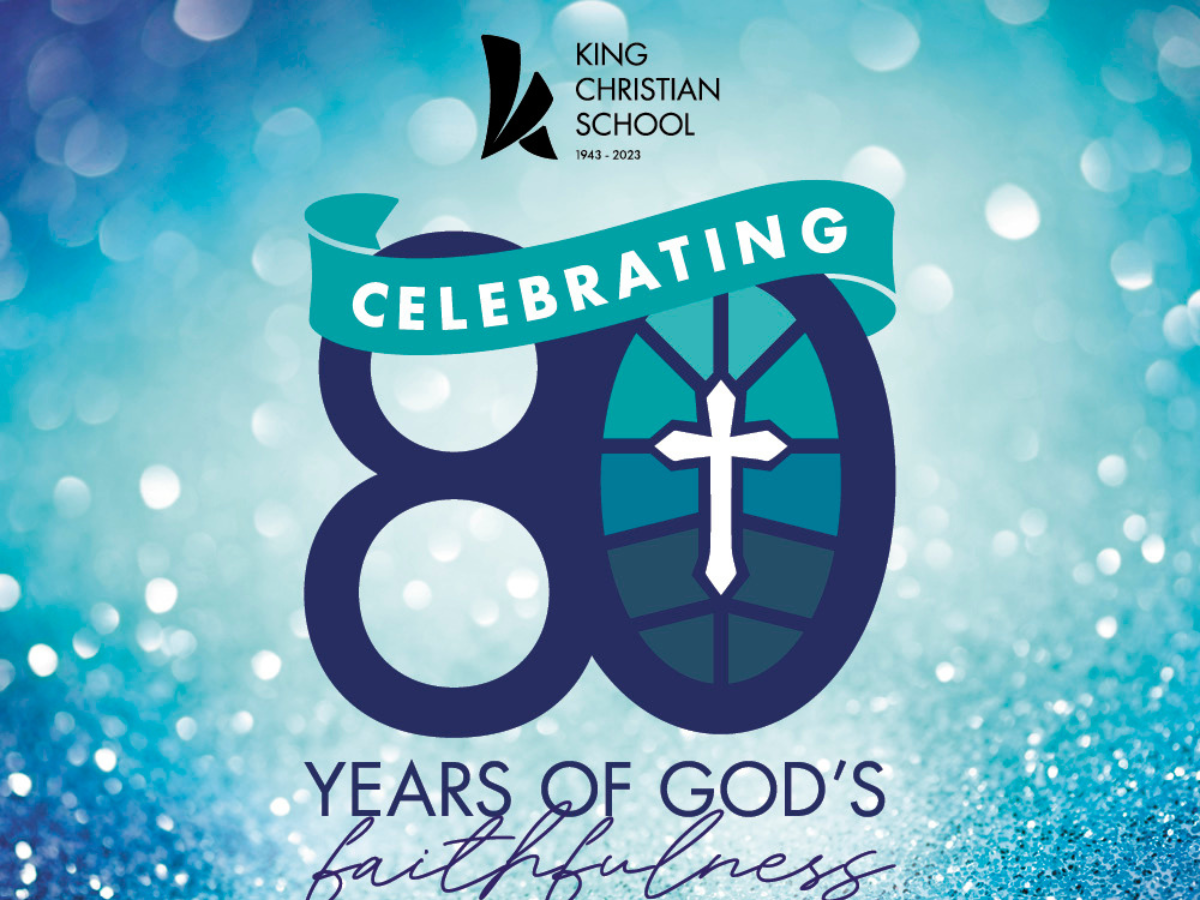 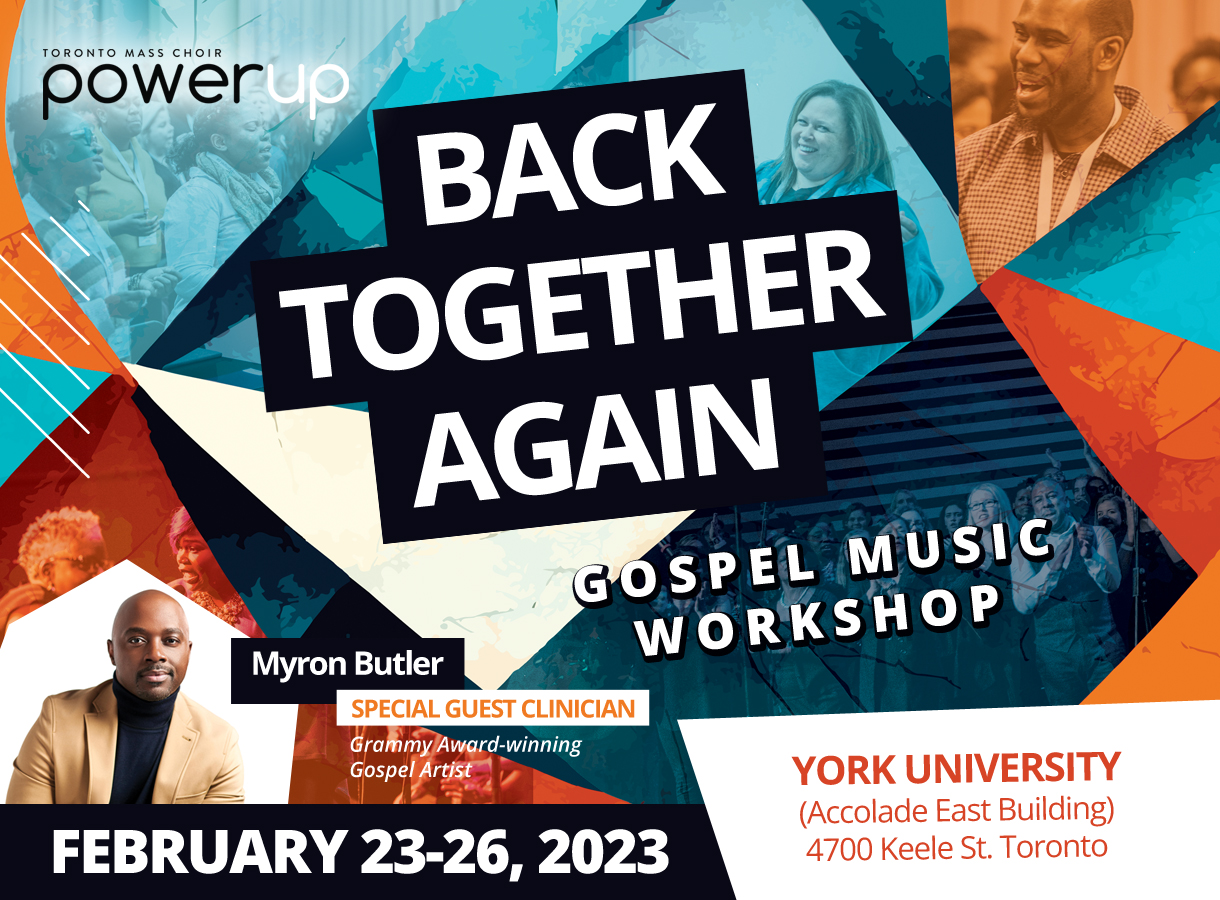 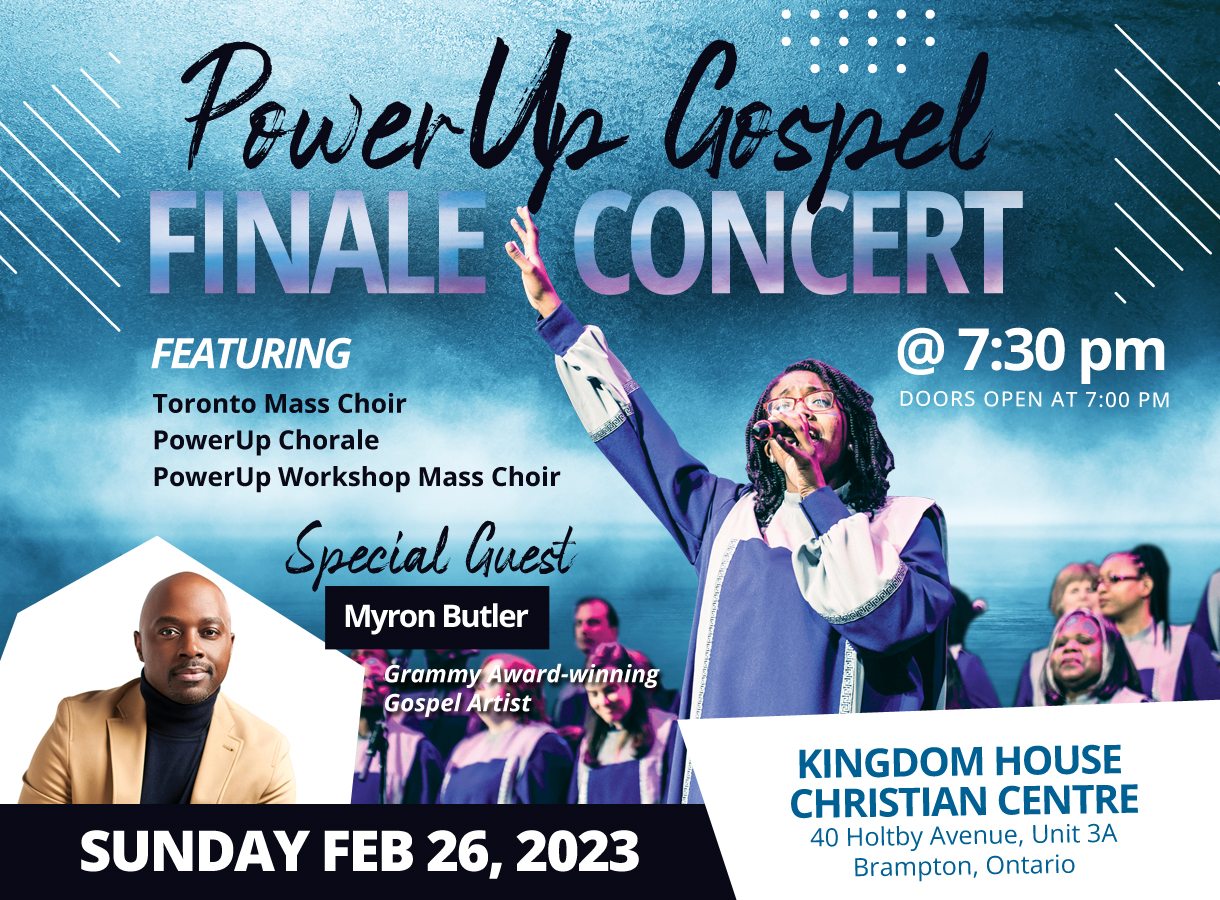 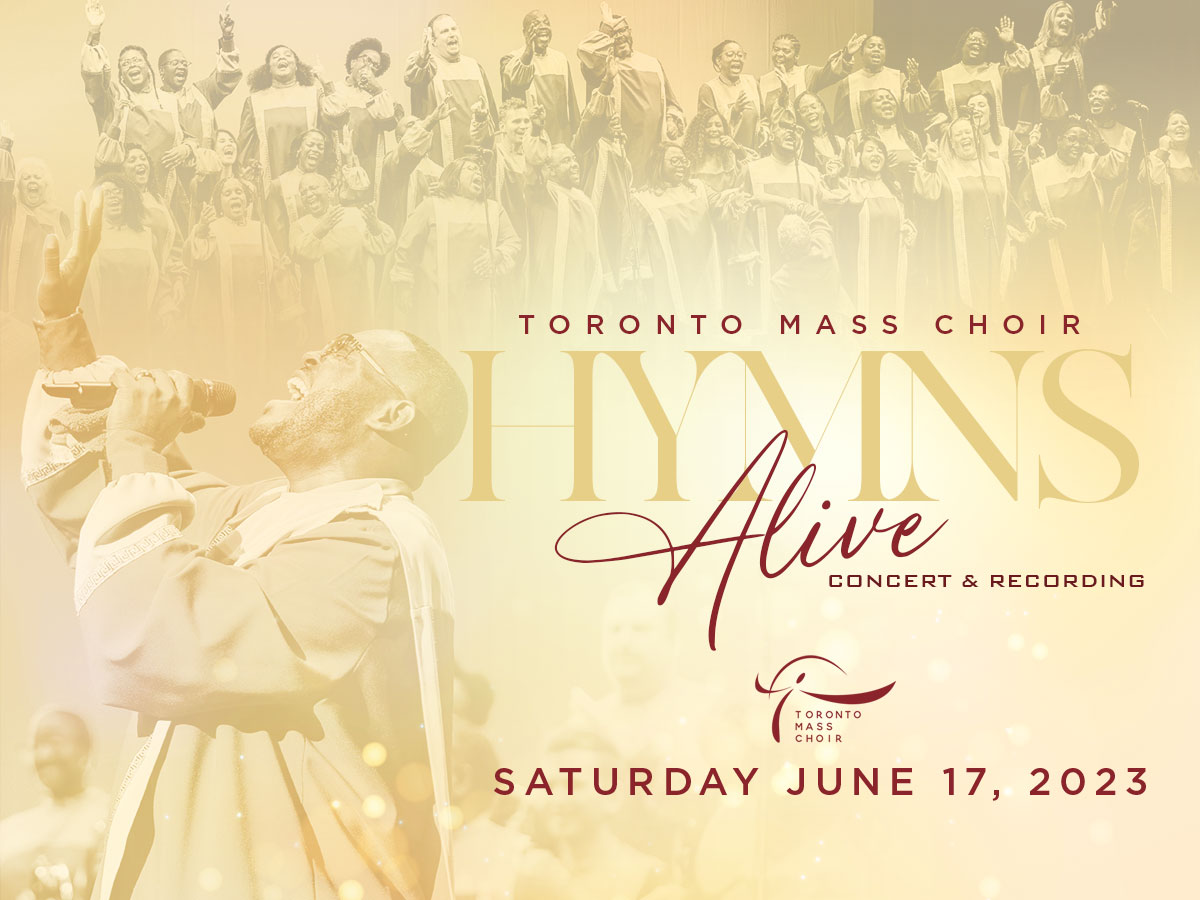 To create and perform gospel music that will draw all people into the awesome presence of God.

The choir
The director

The Toronto Mass Choir (TMC) continues to be on the cutting edge of the Canadian gospel music scene bringing its distinct gospel sound to the world stage. Now 40 members strong plus a five-piece band, this not-for-profit choir consists of adult members from various local church denominations across the Greater Toronto Area.

Karen Burke, a graduate of McMaster University, the Royal Conservatory of Music, and a Professor of music at York University, is the Artistic Director of this diversified group of singers and musicians along with her husband, Oswald Burke, the choir's business manager, and Executive Producer.

Gospel Music label Micah Communications Inc released the choir's debut album, "Great Is Thy Glory," on vinyl and cassette in 1988. It was later re-released in the Compact Disc format in April 1990 under the new title 'The Early Years.' TMC's second live recording, God is our Hope, was released in 1994, followed in April 1998 by its Juno-nominated album, Follow Him.

Toronto Mass Choir continues its busy concert schedule, appearing on many radio and television broadcasts for stations such as CTS, CBC Radio One, CITY-TV, and CBC TV. It has also been the focus of several television documentaries.

In November 2005, the choir broke new ground, using a 20-piece orchestra on The Live Experience, which also garnered a Covenant Award in 2006 for Traditional Gospel Album of the Year. A Shai Award, the gospel music people's choice prize for Urban/Soul album of the year, followed in 2007.

The September 2007 release of Going Home, a full Caribbean gospel album, showcased the choir's soulful style of reggae, calypso, ska, and new sounds with the fusion of jazz and reggae.

The release of their seventh album in 2010, A Christmas Gift, marked the first Contemporary Gospel Choir Christmas CD release in Canada and showcases TMC at its best. A Christmas Gift also won 2 Covenant Music awards, including 'Seasonal Album of the Year.

In 2012, as they entered their 25th performance season, Toronto Mass Choir released '25', a CD featuring highlights from their recording career and four previously unreleased songs from their early years. That same year, TMC was also awarded the Lifetime Achievement Award from the Gospel Music Association of Canada.

TMC's travels abroad have taken them to several countries, including the United States of America, the United Kingdom, Poland, Hungary, Romania, Italy, Trinidad, and Barbados.

TMC has also been a special guest at countless church services, festivals, award shows, and venues such as The Ottawa Bluesfest, Quebec's La Festival de Musique Sacree de Saint-Roch, the Toronto Jazz Festival, the Canadian National Exhibition, the Empire Club of Canada, Roy Thompson Hall with the Toronto Symphony Orchestra, Hamilton Place with the Hamilton Philharmonic Orchestra and at the Gospel Music Workshop of America conventions in Washington, DC, Atlanta and Detroit. The choir has also appeared with well-known Gospel singers such as Tramaine Hawkins, Wintley Phipps, and Take 6, Canadian recording giants such as Ben Heppner and Jane Bunnett, and jazz legend Jon Hendricks. Born in Brantford, Ontario, Karen Burke entered McMaster University's Honours music program in 1979, where she developed an interest in choral conducting. During her time there, Burke received the Louise E. Bettger Scholarship recognizing excellence in choral work, the Humanities Medal for Special Achievement, and the Hamilton Alumnae Branch Award for the outstanding graduating female student upon completion of her Bachelor of Music Degree in 1983. Burke also has an A.R.C.T. Diploma in Piano Teaching and a Masters in Education.

Upon graduation from McMaster, Burke accepted a position as a church music director. She and her husband Oswald Burke co-founded Micah Communications Inc., a Gospel music production, live events, and publishing company.

In 1988, Burke co-founded the Toronto Mass Choir's diversified group of singers and musicians and continues to serve as its Artistic Director. She runs the choir with her husband, Oswald Burke, who is the choir's Business Manager and Executive Producer. Along with her devoted choral staff, Burke develops the choir's touring schedules and choral arrangements. Since its inception, she has also written many original songs for the choir's recordings.

"It has been essential for us to showcase Canadian gospel songwriters, share culture and provide an environment for music to be created and recorded," Burke said of the choir's twelve recordings.

After twelve years as a high school music teacher, Burke became a Professor in the music department at York University in 2005 and established the York University Gospel Choir. She now serves as the Chair of the music department. Her music career includes working as a guest speaker, classical piano teacher, adjudicator, and clinician offering gospel music workshops at venues including the University of Western Ontario, the Ontario Institute for Studies in Education, the Toronto Mendelssohn Choir, the Metropolitan Separate School Board and the Ontario Mennonite Music Camp. In addition to her busy schedule, Burke frequently conducts gospel music workshops abroad and as an artist-in-residence at other universities and festivals. 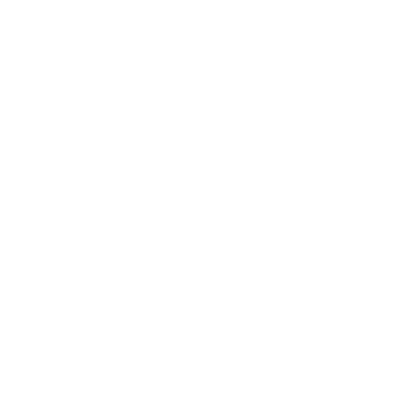 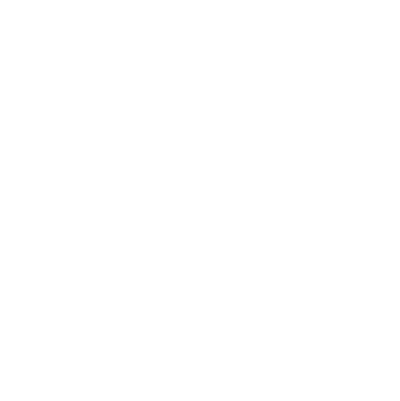 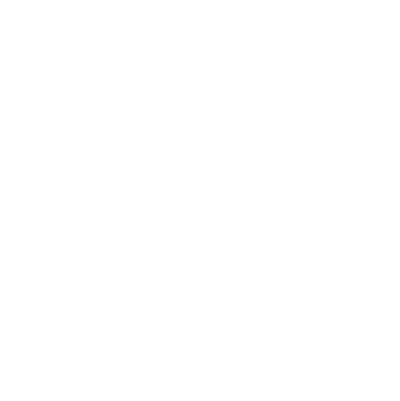 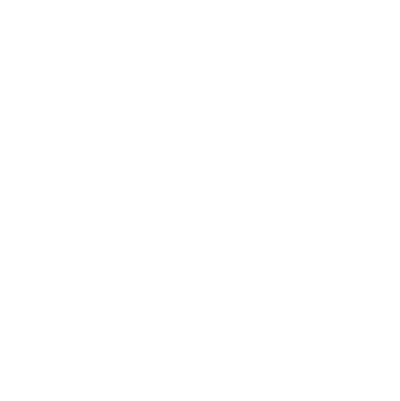 Do you have a question for us? Send us a message
What is the vision of the Toronto Mass Choir?

“To create and perform Gospel music that will draw people into the awesome presence of God”.

What is the process for becoming a new member?

Do all the members of the TMC attend the same church?

No. The Toronto Mass Choir is a multi-denominational choir with members from many different evangelical Christian denominations.

Where does the Toronto Mass Choir perform?

The Toronto Mass Choir has a busy touring schedule which is has been primarily in Ontario, Quebec, Eastern States and on a limited basis Western Canada and the Caribbean. The choir has also travelled to 8 different countries including Italy, Romania, England and Poland. Schedules of these ministry opportunities including rehearsals are given out about 3-4 months in advance so members are able to plan their lives around them. The majority of this choir’s engagements include church services and large-scale events and the rest include appearances at ticketed concerts, high schools, banquets, television and radio appearances and other special events such as jazz festivals and benefit concerts.

How often does TMC perform and rehearse?

The choir rehearses on average about twice a month on a Friday evening and sings out on average 2-3 times a month for a total of about 20-25 engagements a year. The choir travels by bus to engagements more than an hour away at no cost to themselves except incidental expenses such as a meal en route. Members are expected to secure their own transportation for engagements in and around the GTA.

How does the choir maintain its busy schedule?

It is important for the well-being of the choir that members remain accountable to their families and churches all the while recognizing that our touring schedule often takes place on the weekends including some Sunday mornings.